Friday, 12 August 2022
You are here: Home Rescue Dog with Growing Confidence Is Still Looking for a Home After 16 Months in U.K. Shelter 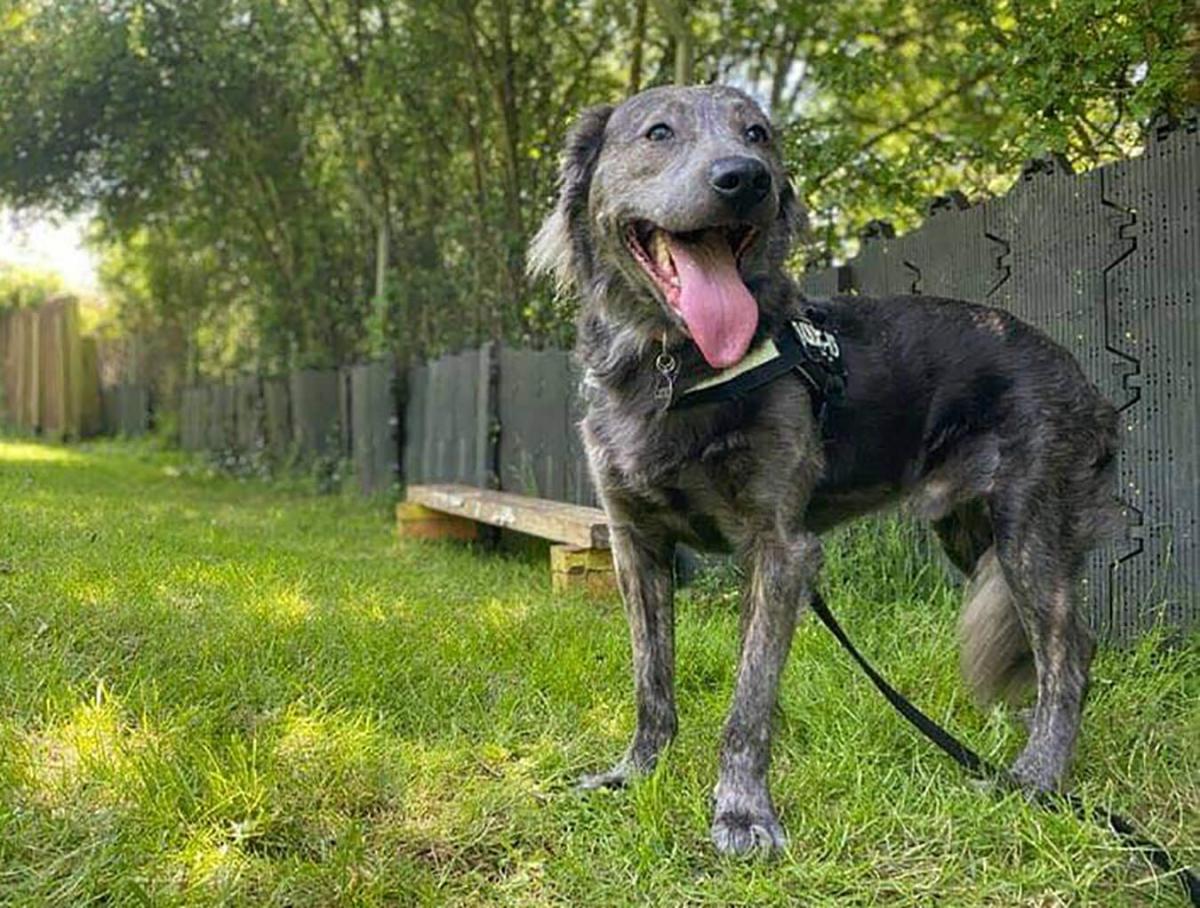 Charlie the rescue dog is looking for a special someone to call family.

According to BBC, the five-year-old canine has been waiting to be adopted from the RSPCA Newport Animal Centre in Wales for 16 months.

The RSPCA rescued Charlie and 44 other dogs from a barn in January 2021. The previous owner of the canines agreed to surrender the animals to the RSPCA.

In Charlie’s adoption profile, the RSPCA shared that the dog arrived at the shelter with “no previous human contact. When he came into us, he was very withdrawn and did not move from a corner in his kennel.”

The RSPCA said it took Charlie six weeks to start warming up to his new caretakers. Over the past 16 months, the shelter’s staff has slowly socialized Charlie and helped the dog build his confidence.

Today, Charlie’s “cheeky little personality has really come out,” according to the RSPCA, and he loves to “run off lead with all his doggy friends here at the centre.”

RELATED: Dog ‘Doing Great’ After She Was Left Tied to a Fire Hydrant in Green Bay With a Note, Backpack

While Charlie has overcome a lot, he is still skittish around new experiences and sounds. He is looking for a forever family that “has a lot of patience.”

“He would also need a quiet environment, where he can build confidence to different noises slowly. A big garden would also benefit Charlie so that he can bond with his new family in a bigger space,” the RSPCA added in their adoption profile for Charlie.

The rescue dog is also looking for an adults-only home with no small animals. Based on Charlie’s interaction with other dogs, the shelter believes the pooch would do well in a house with a calm canine companion that can show him how “to deal with everyday doggy life.” Additionally, the adopter should live an hour or less away from the RSPCA Newport Animal Centre so Charlie can continue his training with the shelter’s staff and build a stronger bond with his family.

Charlie hasn’t found his perfect match yet, and with 16 months spent at the shelters, the canine is the RSPCA Newport Animal Centre’s longest-staying resident. The shelter is optimistic that Charlie will find the ideal forever family, especially after overcoming so much.

The RSPCA Newport Animal Centre will continue to care for Charlie until he is adopted. Those who think they’re the right match for Charlie can apply to adopt the dog on the RSPCA’s website.