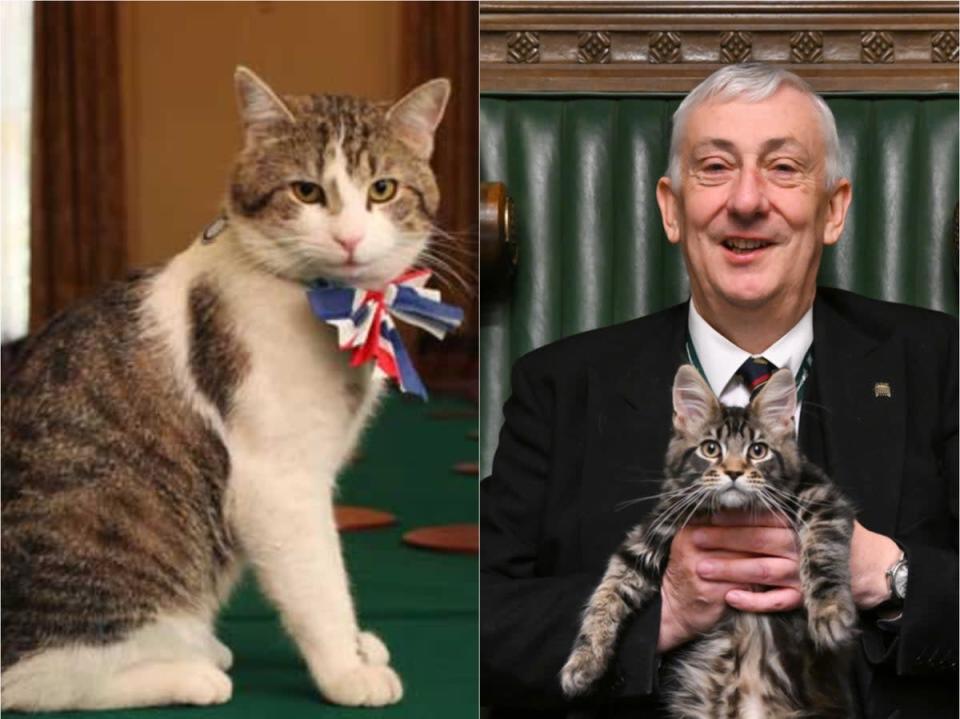 Larry, the chief mouser to the cabinet office, has responded after the government announced it has recruited a new cat.

Speaker of the House of Commons, Sir Lindsay Hoyle, introduced Attlee, a four-month-old brown tabby Maine Coon in a post to Twitter on Monday 20 June.

Sharing a picture of himself holding the new pet, who is named after former Labour prime minister Clement Attlee, Hoyle said he is a “bold little kitten who’s brought much joy to my office and team”.

“He brings a smile to the faces of everyone he comes into contact with on the Parliamentary estate.”

It appears Attlee has also won the approval of No 10’s resident pet, if the unofficial Twitter account for Larry the Cat is any indication.

“You will have to lick him into shape, Larry. Teach him the tricks of the trade!” one person wrote.

Another said: “Good to see operation furball is making progress. The paws be with you comrades.”

Larry, a white and brown tabby, has lived at Number 10 since February 201 and is the first cat to be receive the official chief mouser title.

He came to then-prime minister David Cameron’s residence from the Battersea Dogs & Cats Home on recommendation for his mousing skills.

According to the government website, he has “made a significant impact” during his service.

“His day-to-day responsibilities also include contemplating a solution to the mouse occupancy of the house. Larry says this is still ‘in tactical planning stage’.”