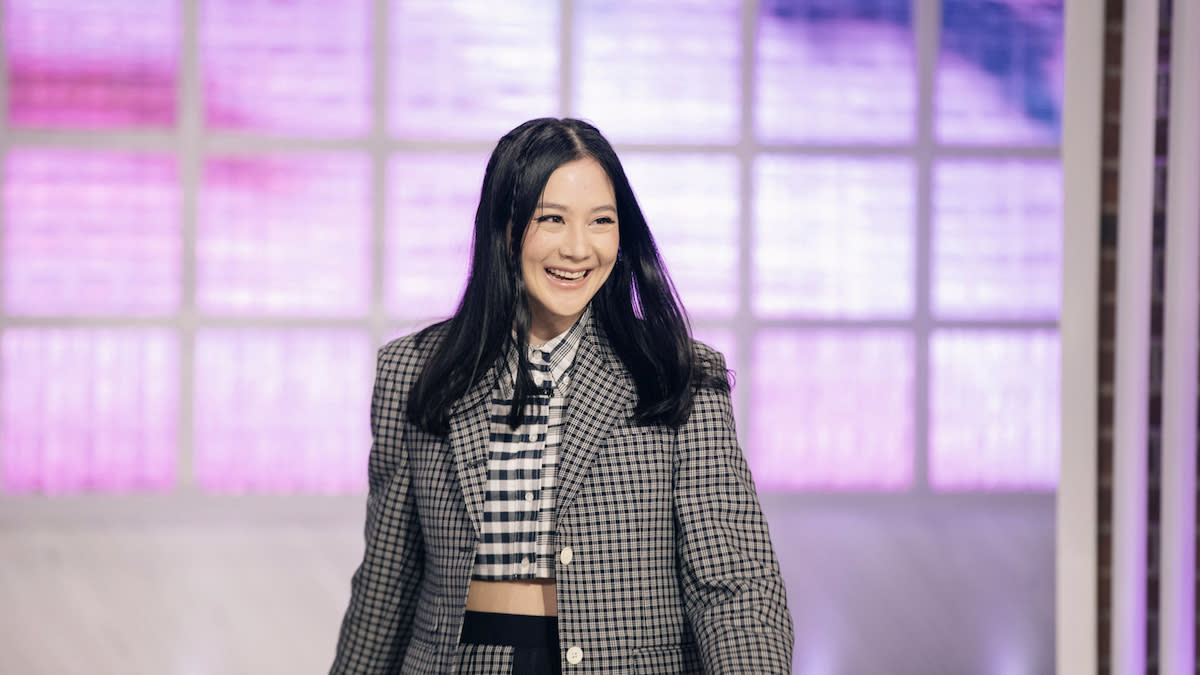 Michelle Zauner’s Japanese Breakfast was the latest guest on The Kelly Clarkson Show, and she offered up a performance of her 2021 single “Be Sweet,” as well as a hilarious story about watching Doja Cat get physically yanked out of a bathroom at the 2022 Grammy Awards.

Zauner’s latest rendition of “Be Sweet” came in front of a wall of cutout circles that glowed like blue and purple bubbles behind her. She danced to the Jubilee track in black boots and a little black dress, only pausing in her movements when she needed to hit a high note.

She also served double duty as Kelly Clarkson’s guest. She spoke about her memoir, Crying in H Mart, as well as her delight in being nominated for Grammy Awards for Best New Artist and Best Alternative Album. Zauner also told an anecdote about running in to Doja Cat in the bathroom at the Grammys just as the pop star was being announced as a winner.

“I had just finished peeing and she came in and I was like, ‘Oh my god, maybe I can hang out and get a bathroom selfie with Doja Cat,’” Zauner said. “And then I was like, ‘That’s really weird to wait for her outside the bathroom.’ So then I was like, ‘I’ll just go out into the hall and try to get a snack and wait for her to come out.’ Give her her time and space.”

But unbeknownst to either Zauner or Doja Cat, the latter had just won a Grammy for Best Pop/Duo Group Performance for “Kiss Me More” with SZA. Doja Cat had been so convinced she wouldn’t take the trophy that she used the time for a bathroom break, accidentally leading to pandemonium behind the scenes.

As Zauner recalled, “And then someone came running by and was like, ‘Doja Cat! Doja Cat! Doja Cat!’ And she ran into the bathroom and just started pulling her out by the wrist to go back in. They had all of us in holding because the commercial break was over and she had just won her Grammy. And they like flew her in, and her dress flew up and exposed her. And I found out later she had won the Grammy.”

Check out Zauner’s interview, as well as Japanese Breakfast’s performance of “Be Sweet,” below.

Last month, Zauner spoke with Consequence and Alton Brown about cooking, music, and more, while also offering an update on her cinematic adaptation of Crying in H Mart. She’s got several upcoming tours, including dates in support of The National and Florence + The Machine, as well as appearances at Bourbon & Beyond and Courtney Barnett’s “Here and There” festival tour. Tickets are available here.

Subscribe to Consequence of Sound’s email digest and get the latest breaking news in music, film, and television, tour updates, access to exclusive giveaways, and more straight to your inbox.