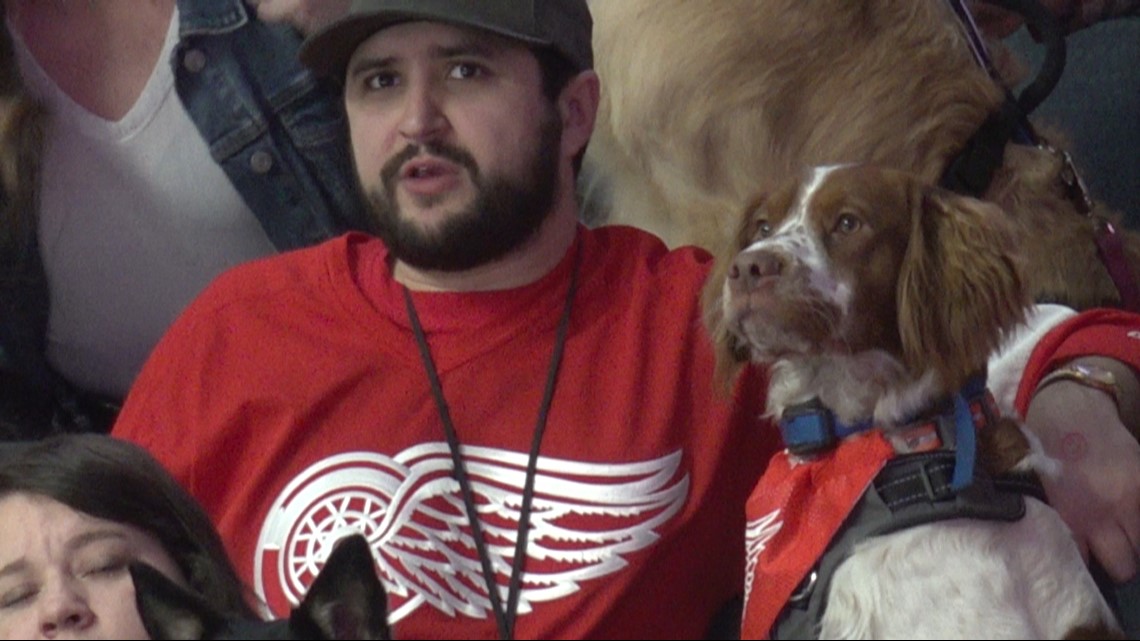 Since his death in 2018, the Griffins have named their dog night in honor of former staff member Jake Engel, who originally organized the event.

GRAND RAPIDS, Mich. — The roar of the crowd sounded a little different Wednesday, April 6 at Van Andel Arena, because it included the sounds of barking dogs.

The Grand Rapids Griffins hosted their second “Jake Engel Memorial Dog Game” of the year after having another one back in October. For an extra $5, fans could bring their dogs to the game. The proceeds from the dog tickets go to Paws With A Cause, which trains service dogs to help people with disabilities.

Helping those with different abilities is something that means a lot to the team.

“The Griffins Youth Foundation has been involved for years with the Grand Rapids Sled Wings, which is a sled hockey team for youth and young adults, teens with physical disabilities. So, this game is just another way that we can impact the lives of a lot of people in our community,” said Senior Director of Public and Community Relations Randy Cleves.

The Griffins have been doing the dog game since the 2014-2015 season. A lot of their AHL opponents had similar promotions and corporate sales staff member Jake Engel organized the version in Grand Rapids. But in 2018, Engel passed away and ever since then, the Griffins dog game has been named after him.

“Jake was a great guy. He loved everybody. That’s why he was so good at his job in corporate sales. Just a genuine individual, great at making relationships and building this relationship. He certainly had great friends throughout our staff,” Cleves said.

“This night we remember not only Jake, but also his wife Rose, and they were expecting their first child when he passed away. So it’s not just a memory of Jake, but it’s also to honor his family.”

Watch adorable clips from the game below:

►Make it easy to keep up to date with more stories like this. Download the 13 ON YOUR SIDE app now.