Thursday, 11 August 2022
You are here: Home Fogelsville, Pennsylvania: A man who was being strangled by his 15-foot pet snake before police shot it in the head has died 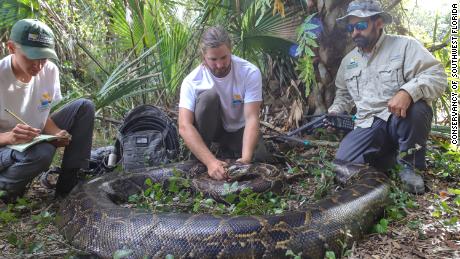 The 27-year-old man, Elliot Senseman, died Monday in a hospital due to an “anoxic brain injury,” the Lehigh County Coroner’s Office and Forensics Center said in a statement.

Nickischer said two police officers responded at 2:12 p.m. on Wednesday to the house in Fogelsville, Pennsylvania, a rural town in the eastern part of the state, where the man reportedly suffered cardiac arrest after the snake wrapped itself around his throat.

He said after entering the house, the officers encountered a family member who guided them toward the owner, who was lying unresponsive, choked by the snake’s midsection. The snake totaled at least 15 feet in length, he said.

“It was a dire situation,” Nickischer said. “It was without a doubt a life-and-death situation for this person.”

He said as officers peered down a hallway, they observed the man lying across the doorway between the hallway and a room, where the snake was staring back toward police. Nickischer said an officer fired one shot, striking the snake’s head, which was distanced from the man because of the length of the animal’s body.

He told CNN officers pulled the victim away from the snake and into the living room, where several fire department and EMS responders administered emergency care before transporting the man to the hospital.

The man was keeping the snake at the house as a pet, and officers found two other snakes in the home, Nickischer said.

CNN has reached out to Upper Macungie Township police for further comment.